All posts in: Sketch

The coloration here is reminiscent of the color palette I imagine when listening to some Bowie songs. Click to go back

I have had this sketch for a while (see the date on it), and while I liked the two fish at the left and the bird, the whole thing was kind of ruined by the goofy looks on two of the fish in the middle. And so to make them more presentable, I took out their eyes… Click to go back

Some of the chaos from that time. Click to go back 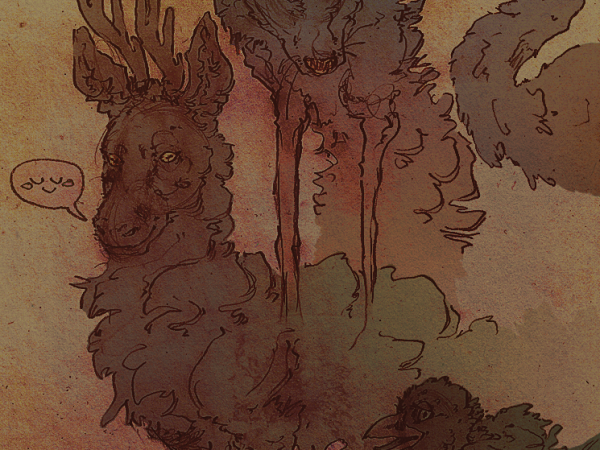 Comes from early listens to the album Taking Tiger Mountain (by Strategy) by Brian Eno. The sketch’s name comes from another of Eno’s albums, Another Green World. Click to go back

Sketches from my first year of grad school.

This was incorrectly dated; this is actually from 2/13/15. Click to go back

This sketch’s name is short for Tutti Frutti. It’s colorful, isn’t it? Click to go back

A general menagerie, I was probably listening to Another Green World during this. Click to go back

Listened to My Life In the Bush of Ghosts during this… trying to diversity my eel-like subject. Click to go back . .

Sketches from my senior year of undergrad.

Sketches from my junior year of undergrad. “Coelacanth Studies”

Sketches from my sophomore year of undergrad.

These can be pretty dire, but then again they’re from my pre-college times…

Hmm, I think purple must be a color I associate with the subconscious for now.

A spectral deer with an equally dream-like bluebird. 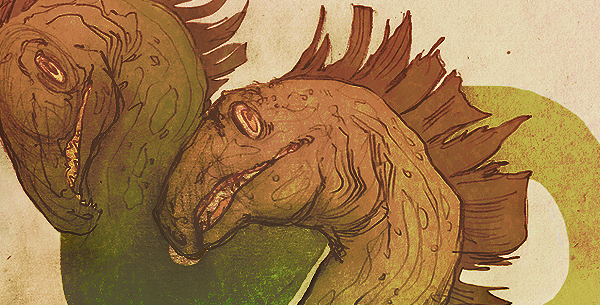 Two anomalies swim in a world difficult to define.

Starting from the top and moving clockwise: – mau5 with flowers and smoke: drawn Mid-late July 2013; flowers represent the abundance and peace of summertime (or at least the peace I felt, lol) – mau5 looking left: Mid-December 2013, the first mau5head I drew after my 21st birthday. – mau5 holding cheek: Mid-late July 2013, like a prototype of the first one. A Midsummer Night’s Draw – mau5 looking up: Mid-December 2013; has some study notes around the ears but whatever, since to me drawing mau5heads goes hand-in-hand with studying for classes.”

A benchmark picture to my “New Flesh” era of drawing.