There has to be a first for everything, and drawing Enressar took a lot of my firsts.

An art request from Neo that I fulfilled in August 2010, I drew several conceptual pieces of a furred dragon named Enressar. If you’re interested, his references sheets are here.

For my main picture, I experimented with shading his red hair with Photoshop’s Pen Tool. I became used to the Pen Tool from this, but I still decided it wasn’t for me, and that I would only use it as a last resort…

I also first attemped to use gradients to shade, and I also used the original penciling as the lineart instead of inking over it, to see if my penciling could be strong enough to stand on its own. There are a lot of gradients in this picture, including extremely subtle ones in the green feathers, so this was a huge artistic leap for me.

This picture was darkened slightly for posting here (I used to draw very softly). 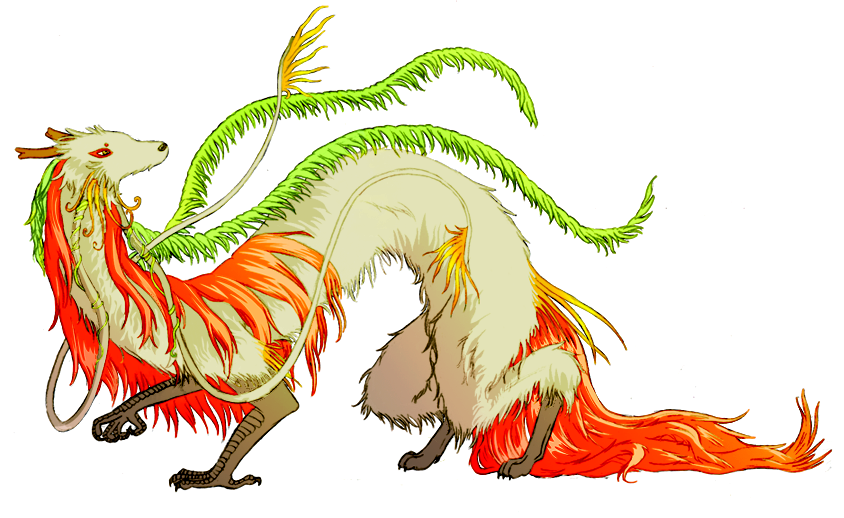 As I was feeling rather ambitious, I also made a circular picture of Enressar, with his feathers, hair, and feelers encircling him. This picture was also darkened a bit to post here. This time, the line art was made of a rough inking, with its watery colors overlaid on top. I can quite easily see my idea, but I was a novice at execution.

While coloring Enressar, I was listening to “Still Grey” by Pendulum on repeat, and Enressar’s meditative expression remind me of the song. 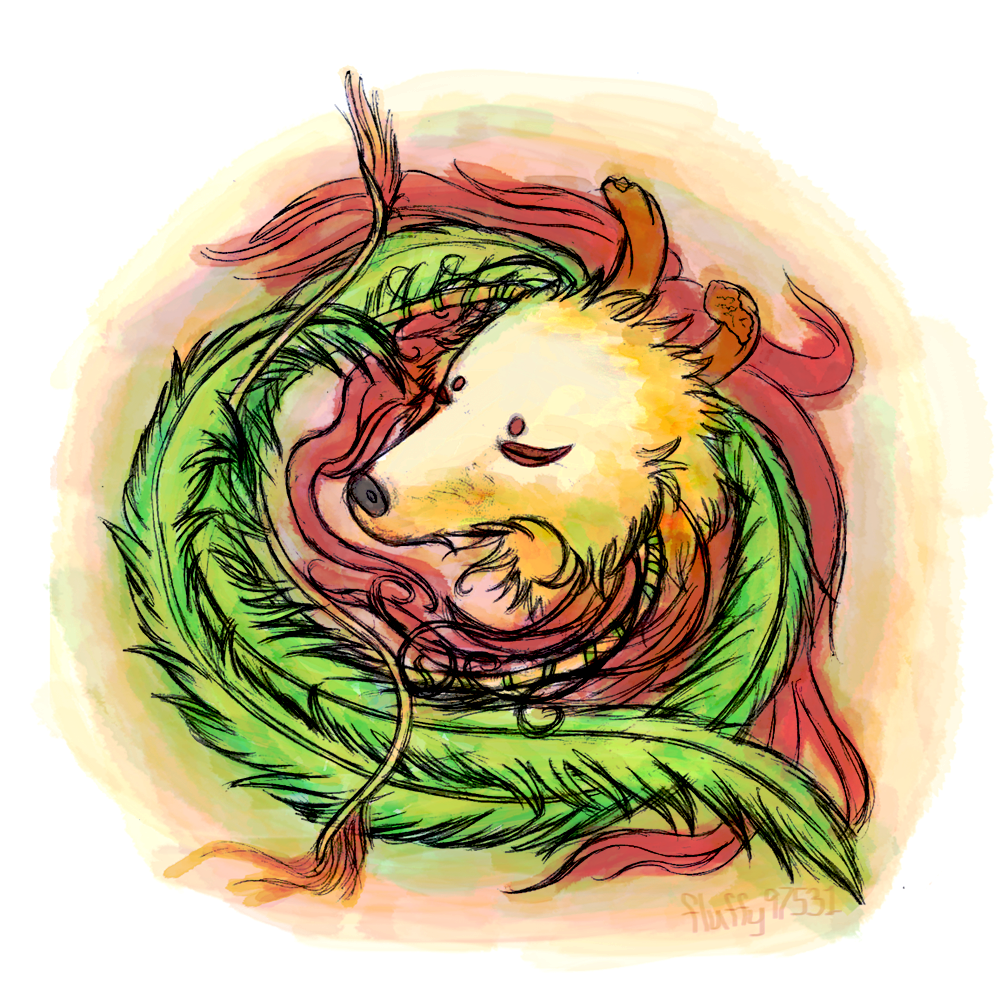 I also drew several small sketches for Enressar, being as enamored with his design as I was. 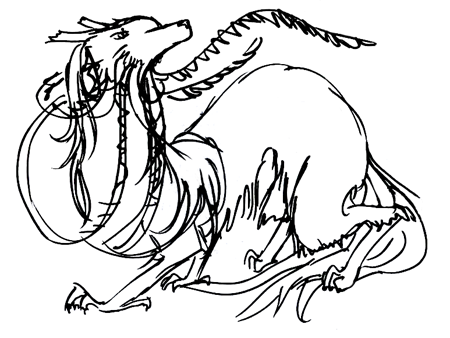 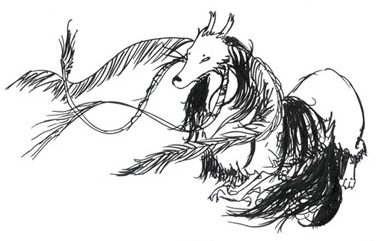 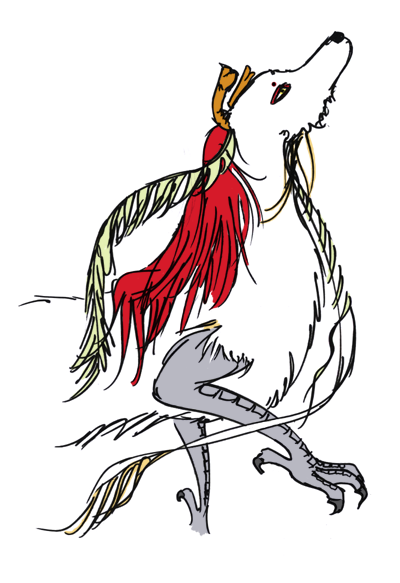