A principal figure in my teenagehood imagery.

The gender-less bird depicted here is one of my older characters, likely first figured when I was 14, and it is the personification of a person’s first real love, of an impassioned obsession that comes to be ingrained. It is a huge and haughty bird (the ‘old money’ of passions), and it is a bit indignant that the subjects it represents should be usurped by newer interests. It doesn’t really have a name, beyond the Bird, or the Great Bird.

Though its species is hard to discern, the bird’s tail plumage is its defining characteristic. The feathers flow around the bird, and they retract and curl when the bird is under emotional strain. Normally I depict it with a stork-like neck, but this picture is an unusual case where it has a more sparrow-like body.

The Great Bird has a complementary figure not shown here, the Great Snake. The Snake represents newer interests and loves (the ‘nouveau riche’ of passions). This snake constantly tussles with the bird, and they mutually resent each other. The bird lobbies for the dignity of ideas and concepts conceived in the past, while the snake is all about the here and now. Both creatures are dark-colored, but the bird has more of a violet sheen to its feathers while the snake’s scales have a green iridescence. Moving along…

As an old concept, I drew it as tribute to those teenage ideas. The lineart for this bird was drawn and inked in a night in the summer of 2013. However, it took about a month to get the coloring done for the first time, and I “corrected” the colors several times afterwards. 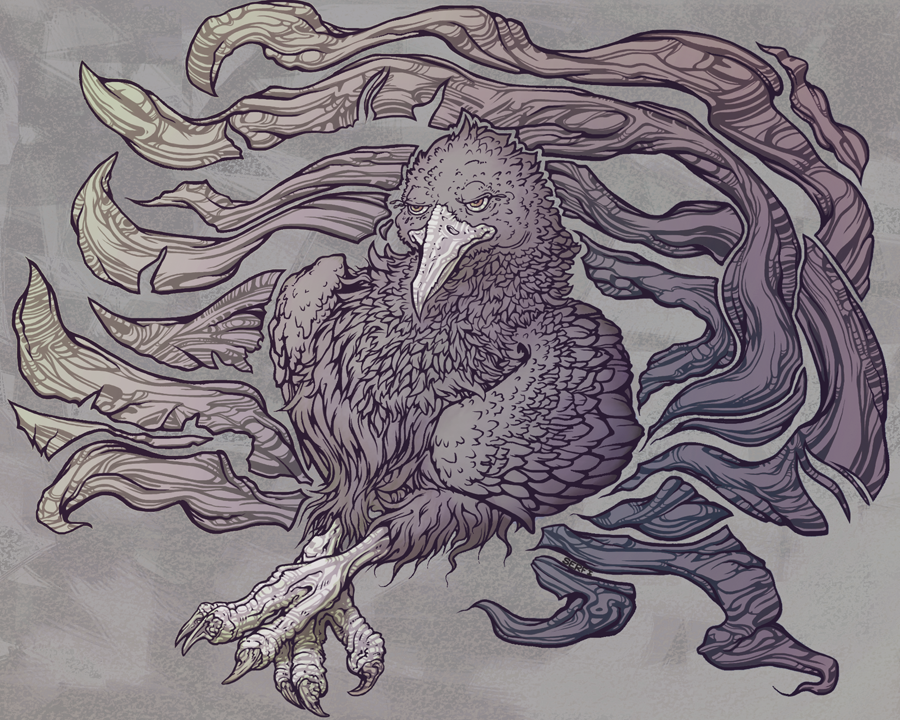 For a year, however, the bird had a darker background: 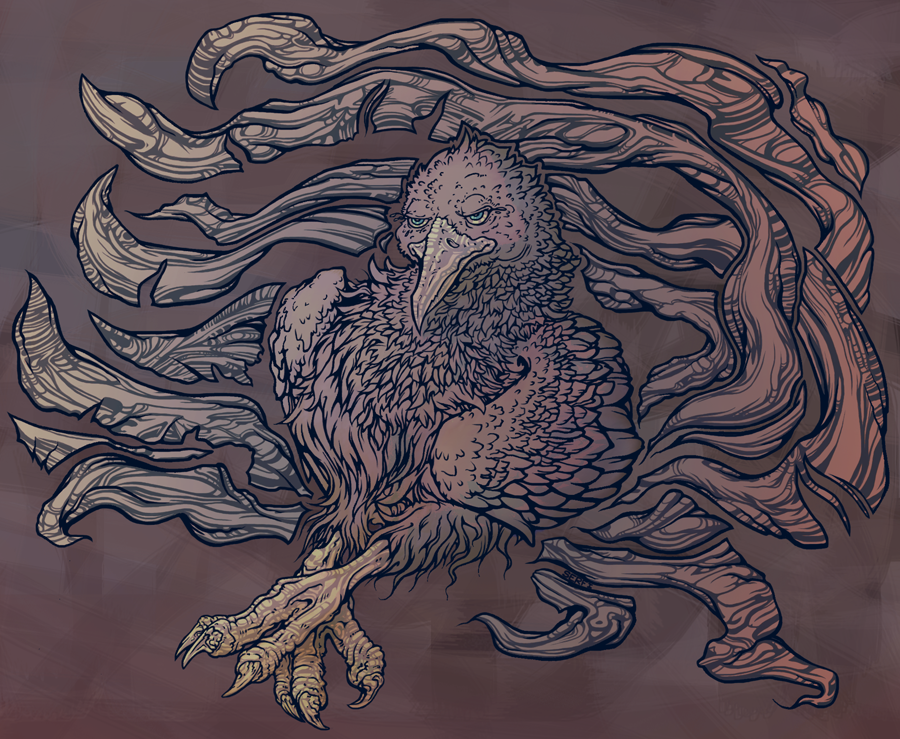 Here are some notable transitional pictures that came from first drawing the bird in 2013. 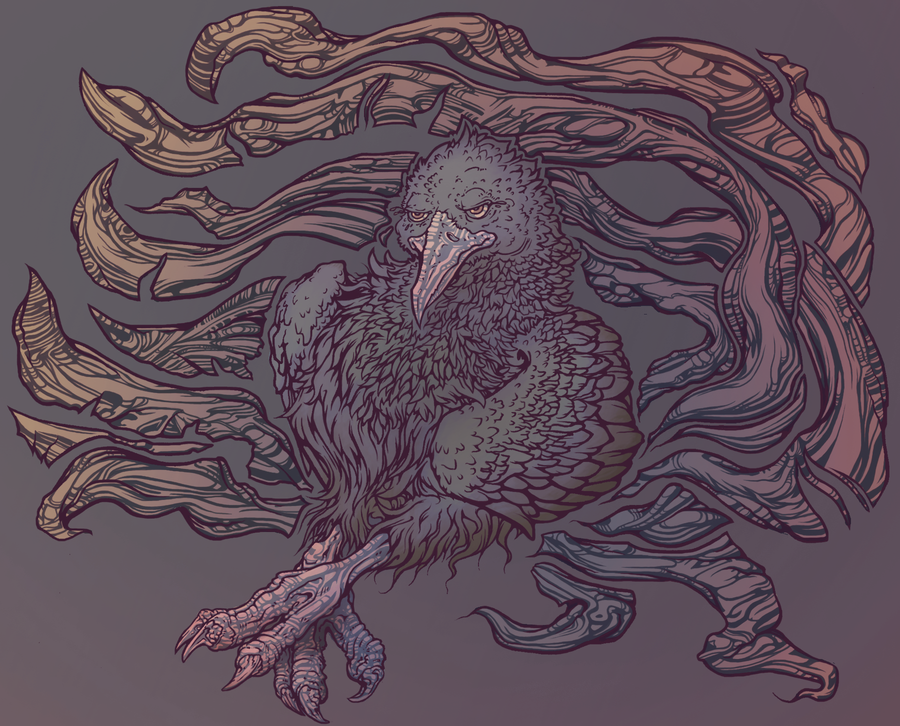 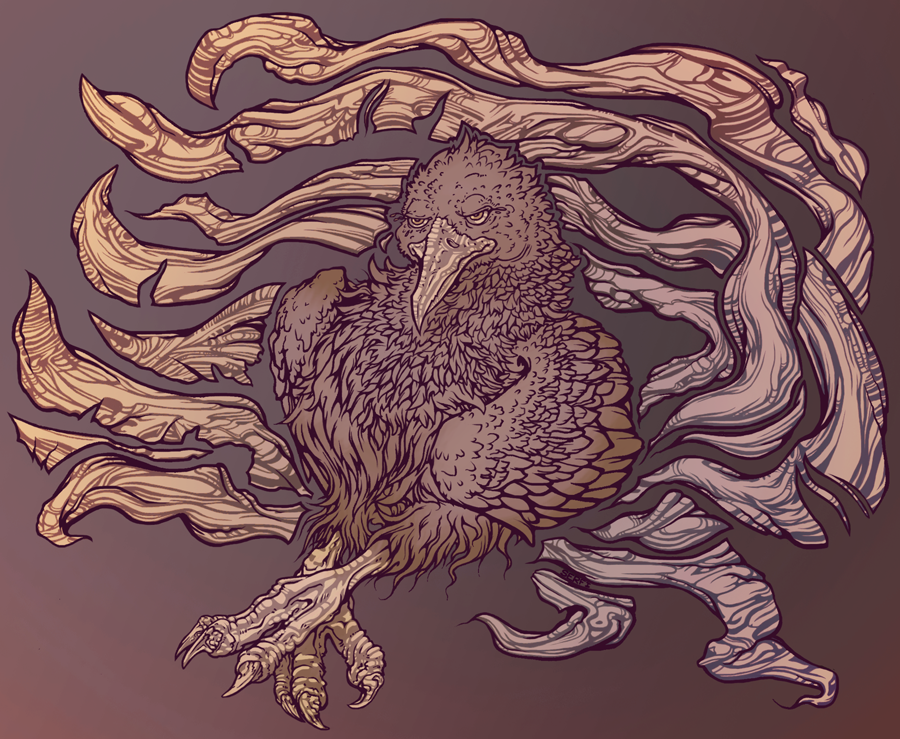 Of course, the progress animation for this bird takes several turns to get to its final destination.