A quick-and-dirty reptilian picture made in a day.

On Thanksgiving Break in 2013, I get a request for a camouflage krawk named Jikoss, and so I obliged, using my recent speckling style. The lineart was inked with only major cleaning up in Photoshop (no smoothening!) and the coloring was also a methodical affair, though the brown was initially a lot redder. I liked this picture in particular due to the way I carried out its flesh folds and the haughty, domineering expression of the horned croco-saur, as well as how quickly it was produced.

While working I was listening to Mozart’s ‘Lacrimosa’ on repeat, which contributed to the feeling of power I gave the subject. That thick tail…! 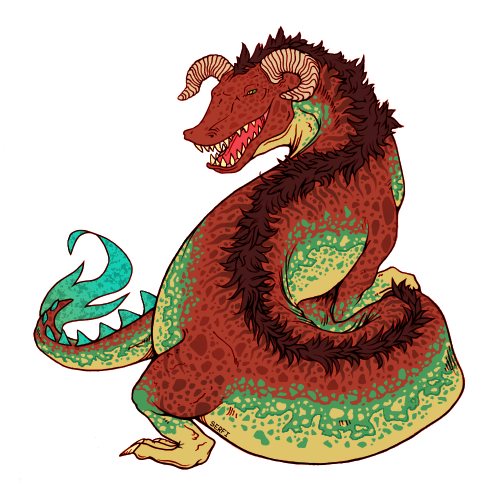 This one has a very short progress animation: