This was first worked upon in 2013 and nearly finished in early 2014, but I did not touch up and the colors and release this until April 2016.

This gets its name from how in its earlier stages the head was green. 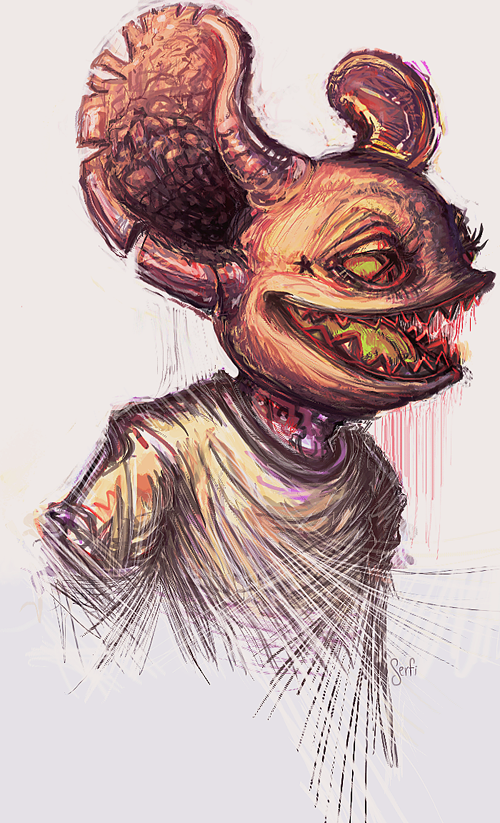 This progress animation illustrates what I mean about the green: